VICTORVILLE, Calif. (CAJONCRAWL.com) — No injuries were reported after a vehicle spun-out and crashed into a drainage ditch along the 15 freeway in Victorville.

The crash was reported at 1:37 pm where Amargosa Road curves near the Red Lobster Restaurant.

For reasons still unknown, a four-door Honda sedan lost control and crashed through a chain-linked fence, before coming to a stop along the shoulder of the freeway.

CalTrans employees were called out to repair the perimeter fence that was damaged.

The California Highway Patrol responded to the incident, however, requested sheriff’s to come out for the report.

No injuries were reported and it’s unknown if any other vehicles were involved.

For even more traffic updates from other members in real-time join the Cajon Crawl Facebook group. 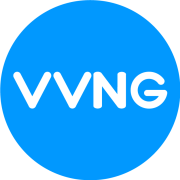